FABULOUS EN-PLEIN FOR THE KIDS OF THE TENNIS WORLD ACADEMY

“Success is a journey”, so said Arthur Ashe, legendary champion of the 60s and 70s who also had problems entering South Africa in the sad period of Apartheid. His success was definitely quite a journey, and his teachings are still relevant today. There is no doubt that the growth path, hard training and consistency are crucial aspects for the boys of the Tennis World Academy, an increasingly lively project in the heart of the country that once belonged to Nelson Mandela.

Towards the end of 2021, the guys from TWA returned to the workshop to train and improve. And that's where the technicians have to be good, giving the kids the right stimuli and the joy of getting up in the morning and come to the court to train. Judging by the first results of 2022, the TWA technicians have done an extraordinary job. After a couple of Open events in January, the weekend of February 4-5 marked the first youth events of the Tennis World Tour, in the renovated Ida's Valley club in Stellenbosch. Well, it was a triumph: the boys of the Tennis World Academy dominated all the scoreboards, from the children in the Under-10 category to the boys playing in the Under-16 category. An en-plein that couldn’t have been a coincidence. But let's go in order.

In the category of the youngest players, Gabriel Reyneke, a boy of just eight, who didn’t lose a set in his path to victory, won the title. In the final he overtook Italian Matteo Coppini (who’s also from the Tennis World Academy) 6-2, 6-2, giving a remarkable feeling of maturity and mastery of the situation. Reyneke promises to be one of the starlets of 2022, as he is making a name for himself in other tournaments as well. In addition to this tournament, he also prevailed in an Under-9 event played in Eversdal. He will have to be followed carefully. 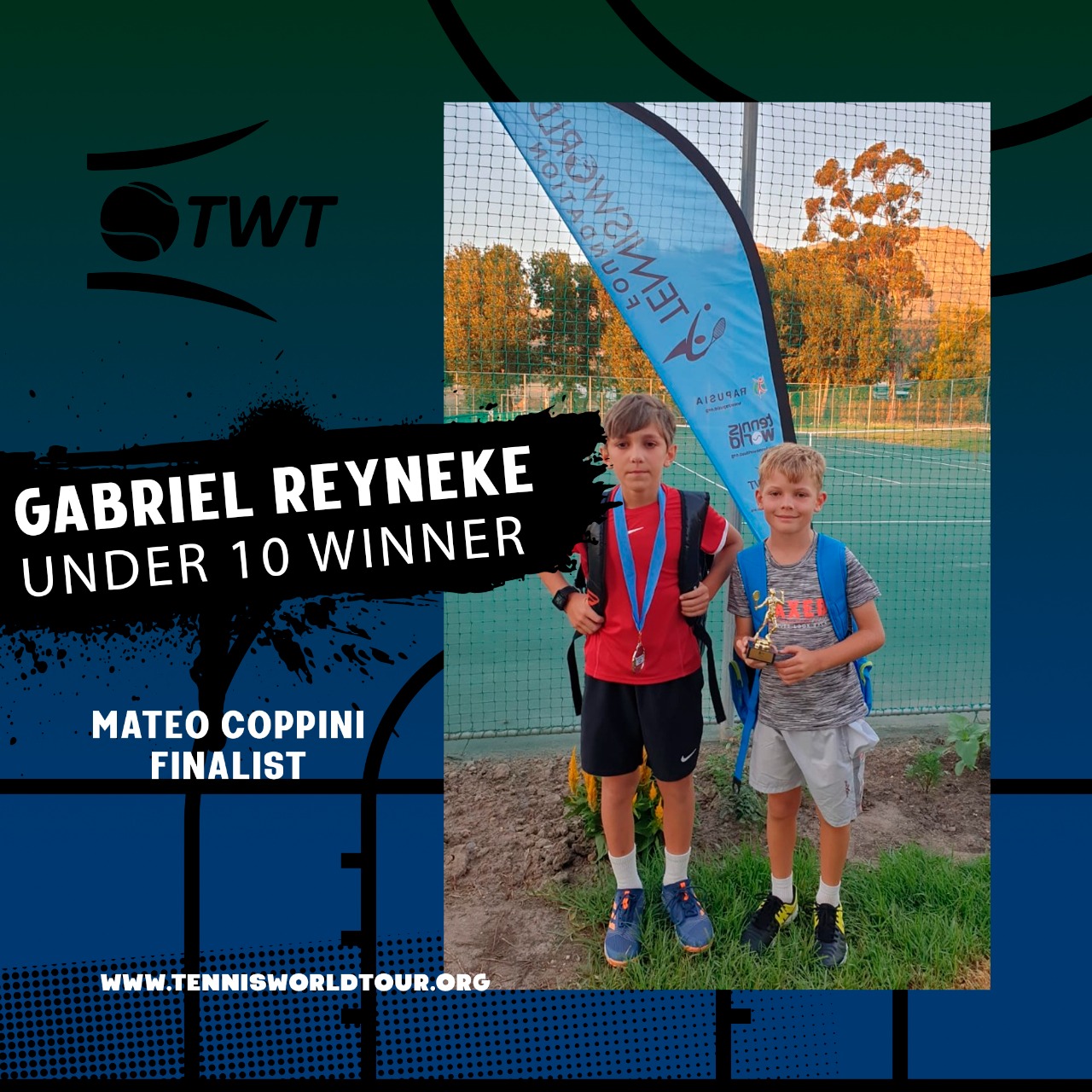 Also, among the Under-12s there was a final among the boys of the Tennis World Academy: ten-year-old Migael Roos, born in Somerset West and who’s just entered the category, won in the eight-player draw. He was not credited with a seed, but along the way he passed the second seed (Lord), and the no. 1 seed, Luka Weyers in the final, although the latter was forced to retire after losing the first set, in the tie-break. 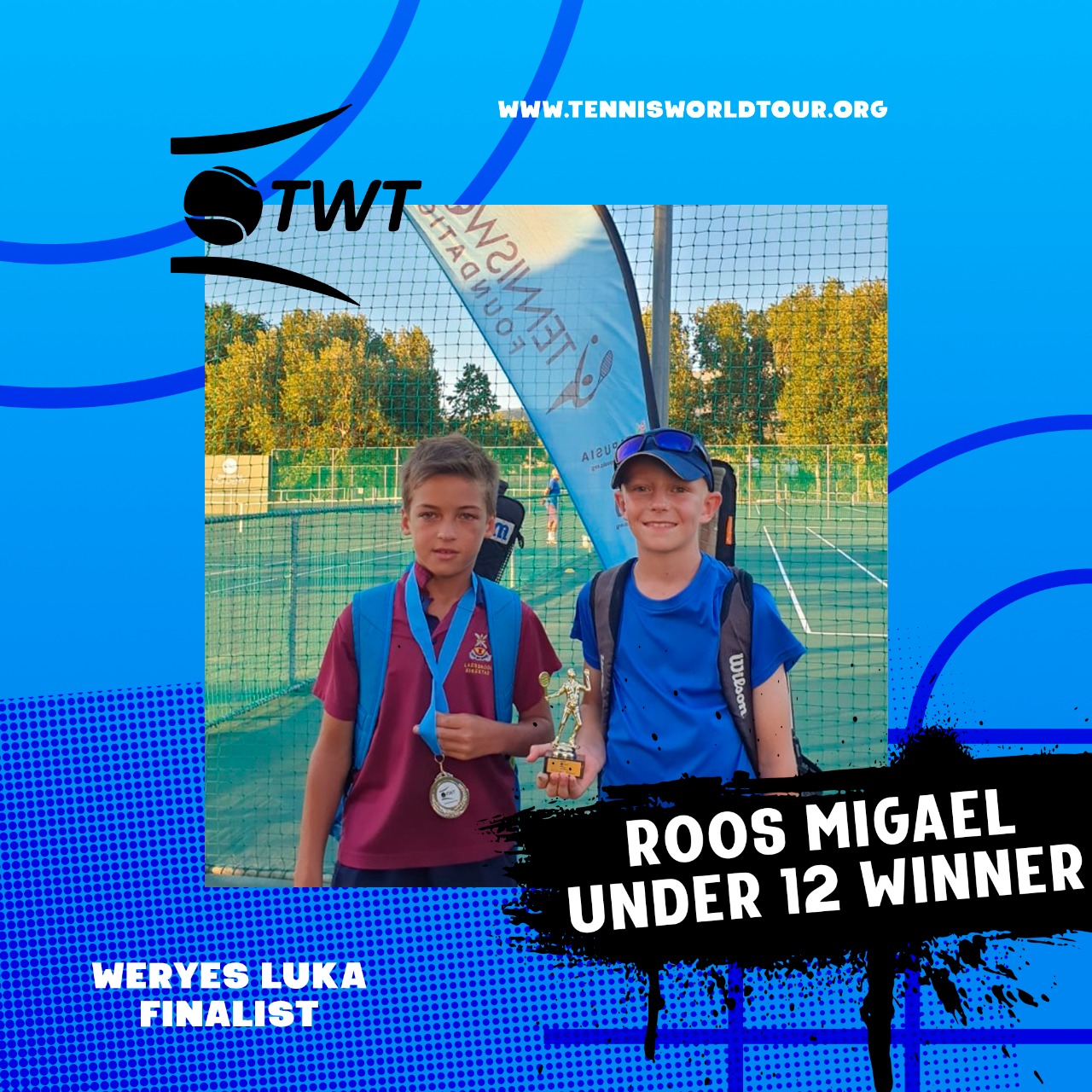 The category changed, but the result did not change: even among the Under-14s there was a final between TWA players. Also in this case, the predictions of the eve were not respected: both the winner Nicolas Lourens and the finalist Giacomo Coppini were not part of the seeding. If it is true that at that age things can change quickly, it is another indication of the quality of the winter work carried out by the Tennis World Academy technicians. In particular, Coppini won two matches at the photo finish. In the semi-final he overtook the no. 1 seed Juvan Weyers 12-10 at the super tie-break, in the most exciting match of the weekend. But surrendered in the final with a score of 6-2, 6-4. 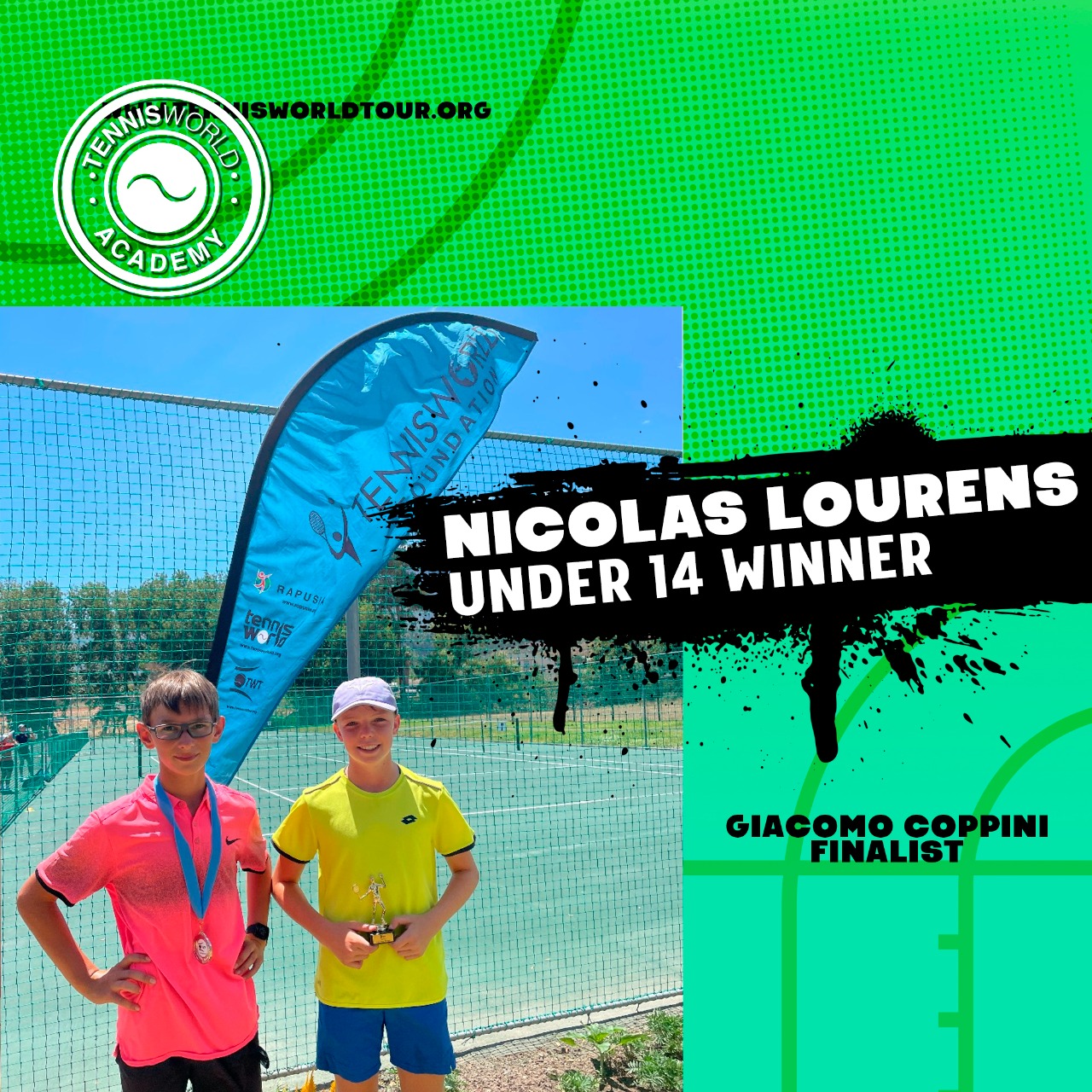 Laurens was the great protagonist of the weekend together with Reyneke: in addition to the title among the Under 14s, he reached the final in the older-age category. His path towards the Under-16 title was blocked by Oyama Fikiso, who’s come to be considered as a popular member of the TWA world, and a name well known by those who follow the circuit. Credited as the third seed, Fikiso didn't lose a set in the entire tournament but had to battle hard against an opponent two years younger, whom he defeated 7-5, 7-5. 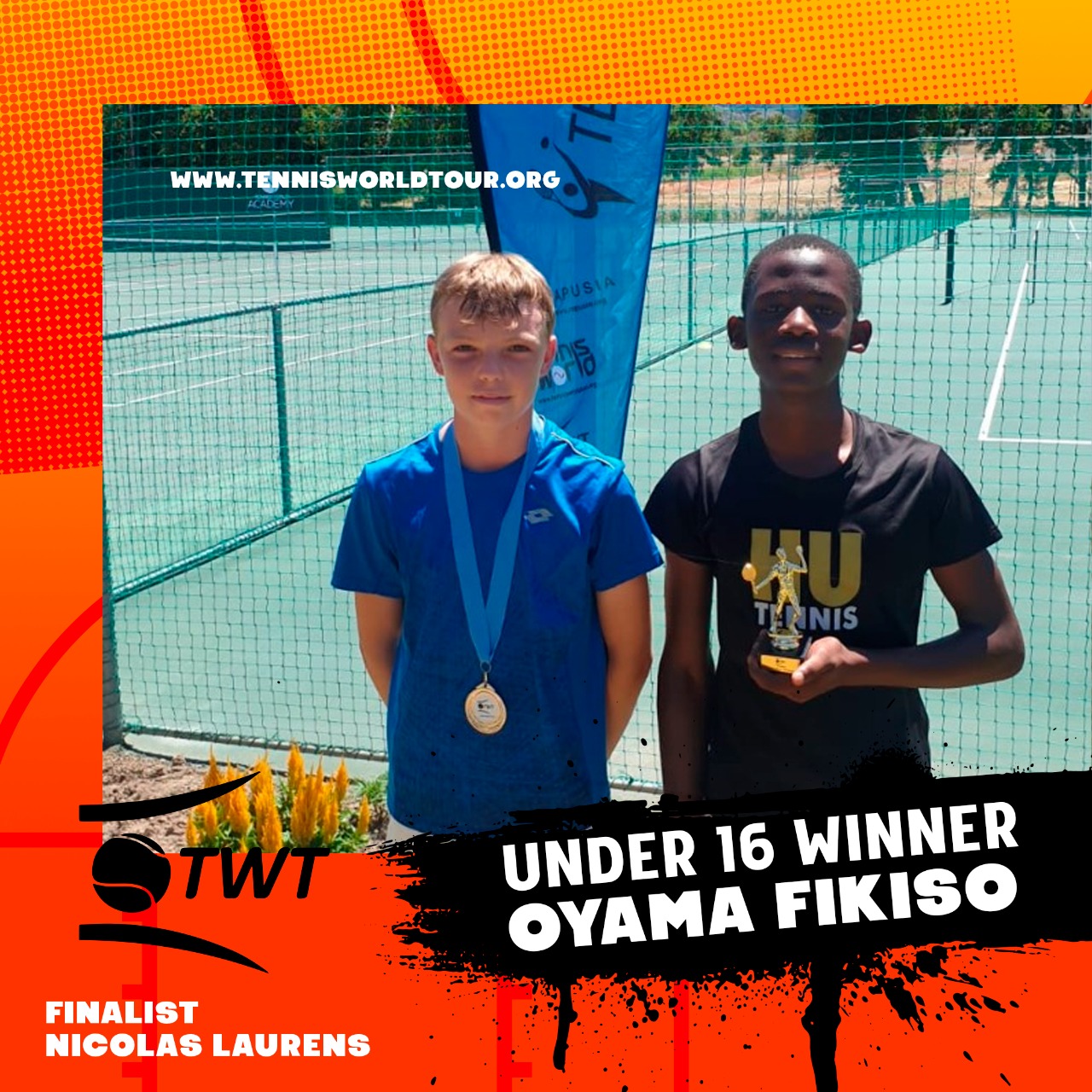 The results of youth tournaments should not be taken as a gospel, but the competitiveness of the boys of the Tennis World Academy highlights the goodness of winter work, one that was done with a renewed structure and in an increasingly professional context.

All that remains is to wait for confirmation from the next tournaments. The Tennis World Tour will be back on the scene on the weekend of 19-20 February with some Open tournaments (open to players of all ages). The milestone of a hundred tournaments’ also approaching (as of now, there have been played 81 tournaments). An extraordinary achievement for a circuit that was born about a year and a half ago, and which has changed the way of experiencing tennis in the Stellenbosch area (and beyond). Without forgetting its beneficial function, since the funds raised are reinvested in the community, in particular in favour of the Tennis World Foundation. To date, over 43,000 Rand have been raised. But that's certainly not the end of it.